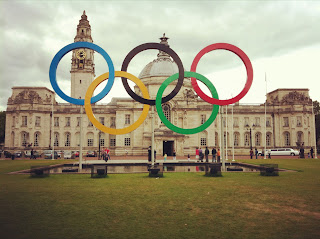 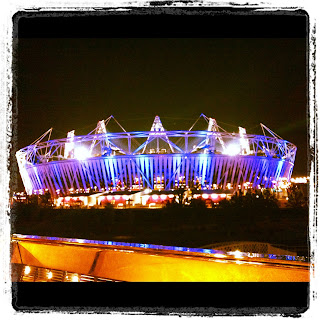 The Olympic Stadium at night

Friday 3rd August, I was lucky enough to go to the London 2012 Olympic games! Wow! I couldn't believe that I actually went. It was my boyfriends Birthday that day too, so it was extra special for him. We managed to get tickets to go to the Olympic Park and see the Handball event at the Copper Box. It was amazing. We haven't really heard of Handball before but apparently it's huge in Europe at the moment, so it was very exciting to go and see what all the fuss was about. Unfortunately we didn't get to see Team GB play but we did get to see Spain (who I was supporting), Sweden, Norway and Denmark. All 4 teams were great, I'm not sure why I decided to support Spain, I think it was because I followed them on TV before I went to the actual game (A bit random I know!). This was our view of the games... 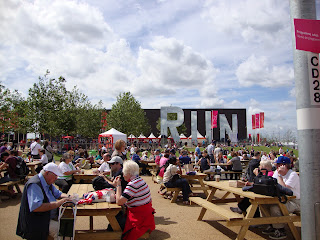 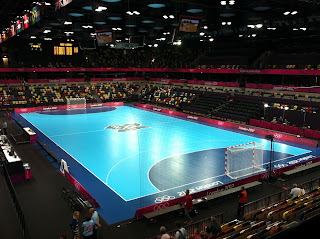 Inside the Copper Box 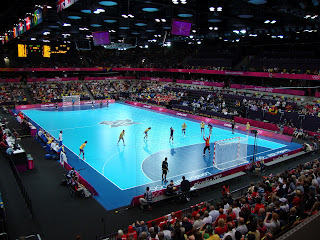 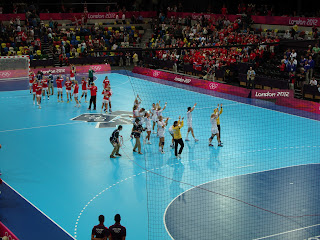 Our Handball session was in the evening, so we made sure to get to the Olympic Park with plenty of time beforehand. We wanted to absorb the atmosphere and have a good look around, although we did chose the busiest day to go as the track events had started that day as well as all the other events taking place. 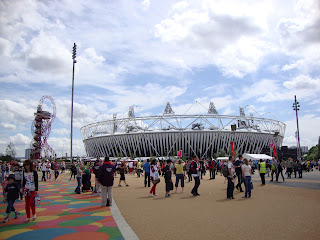 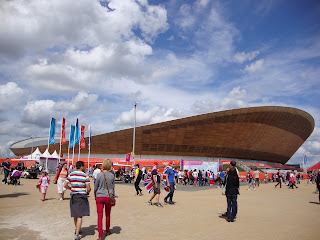 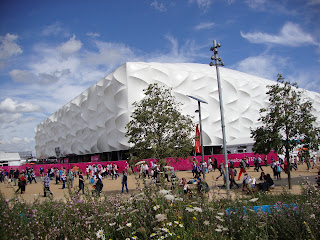 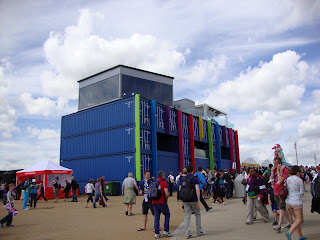 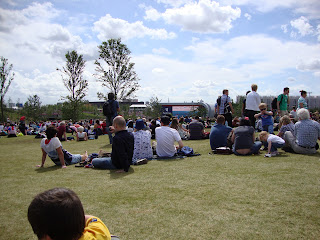 Chilling out at Park Live, watching the Rowing 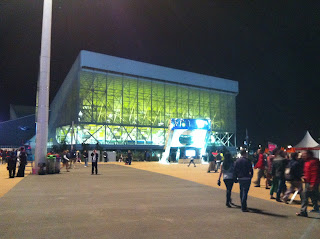 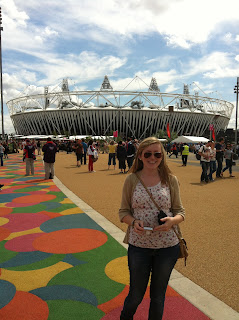 The following day, I was taken to the Football at the Millennium Stadium in Cardiff, to watch Team GB against South Korea. I'm not really into football, but I really did want to see the stadium as an Olympic Host (especially as I go so often for the Rugby!). To my delight it looked brilliant, and I really enjoyed the match, that was until it went to Penalties and we lost! 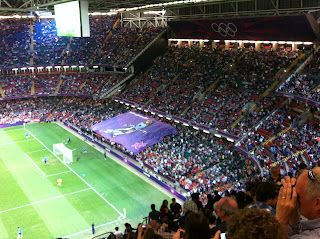 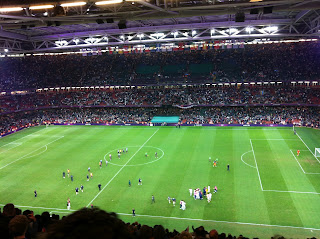 I think I'm going to find it quite strange when the Olympics finish. It has consumed my life for the last two weeks! I am looking forward to the closing ceremony and Bring on the Para Olympics! Good Luck Team GB!!
﻿
Posted by Leanne at 18:52 No comments:

Leanne
Hello, I am a UK based textile designer and this blog is for myself to share anything and everything that is inspiring me, It's where I can collate ideas, images, thoughts and passions and hopefully they will inspire you too.

View my complete profile
Please feel free to leave Comments, as i'd love to hear what you think.

Please do not copy anything on this Blog, If you are interested in using anything please contact me first. lcarpentier@hotmail.co.uk

Why not take a look at my shop on Etsy?